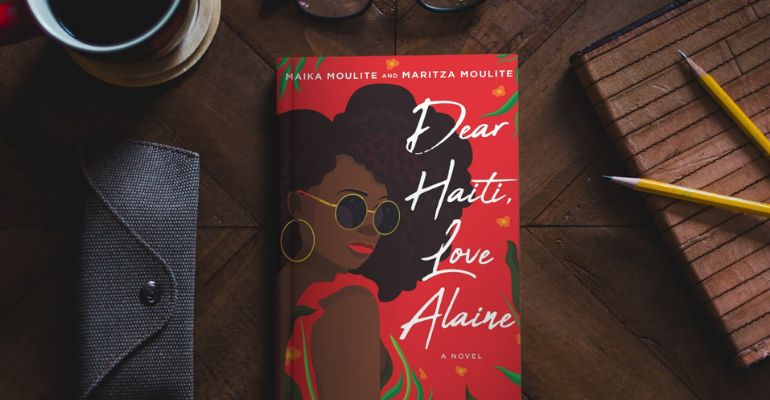 Disclaimer: ARC provided by the publisher via Netgalley in exchange for an honest review.

First things first, I want to give a shout out to my awesome friend, who shall remain nameless (per request), for getting me a signed physical ARC of this book at Bookcon. I received a digital ARC from the publisher through Netgalley in February, but, unfortunately, I had difficulty reading it because the eARC was weirdly formatted. I’m immensely grateful that my friend thought of me.

Dear Alaine, Love Haiti was one of my most anticipated releases of 2019, but I felt some trepidation because of mixed reviews and the writing style. Going into the story, I thought I wouldn’t care much about the characters because of the writing style, but that wasn’t the case at all.

Alaine is a first-generation Haitian American from a wealthy family. She’s intelligent, sarcastic, and quick-witted. She gets in trouble often because she’s slightly impulsive, but that’s kind of expected at 17. Although parts of her family background are an alternate version of history, it warmed my heart to read a generational story about family and powerful Haitian women. I loved the side characters, the pieces of Haitian culture that were mentioned, the way the authors weaved Haitian history into the story, and their use Haitian Creole throughout the novel. My nostalgic little heart did backflips seeing mentions of I Love You Anne, Tonton Bicha, and konpa on page. That truly made me feel represented.

That said, there are few things I wished the book handled differently:

1. There were far too many side plots
2. The beginning of the book alludes to Alaine’s struggle to fit into either culture as a Haitian American, but the book doesn’t circle back to that. Would’ve been interesting to see if time in Haiti helped her find a middle ground
3. I had no problem with the family curse, but it took over the second half of the book in a way I wasn’t expecting. I wish more time was spent developing Alaine’s relationship with her mother instead.
4. There’s a lot commentary on social issues, but the book kind of danced around elitism and social class in Haiti.
5. I didn’t love the epistolary style for this story.

Other than those things, Dear Haiti is a solid debut that accomplished exactly what the authors set out to do—show another side of Haiti most people aren’t familiar with. I’m very happy to have read a magical realism book with a Haitian MC and I look forward to reading more books from the Moulite sisters. I hope there’s something in the works for Alaine’s best friend, Tatiana.

Would recommend this to fans of Ibi Zoboi, readers who also enjoyed Don’t Date Rosa Santos by Nina Moreno, and anyone who’s in the mood for magical realism stepped in Haitian culture and mysticism, familial responsibility, fierce female characters, and pop culture references.

Thanks so much for reading!